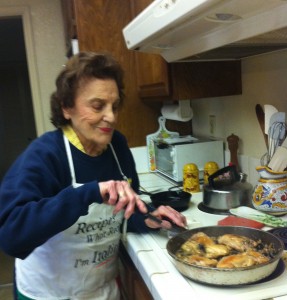 At the age of 98,  my mother, Gigi Firenze is still living alone and cooking everyday.  Even though I titled this article “Cooking with Gigi” – I am usually just the clean up person.  She loves cooking.  It is her life and she’s quite critical of almost everyone else’s cooking.

Written recipes are rare in my family. In fact, my mother has an apron that reads: “Recipe, what recipe? I’m Italian.” It was a gift from her great-grandchildren and while we often laugh . . . it’s true.  It’s quite difficult to get the exact amount of an ingredient for a recipe from an Italian grandmother.  So, to translate what she does into a recipe with proper proportions is quite difficult and amusing.  One thing we know, every recipe includes olive oil.

It seems as if there is always a caveat; you can never get an actual recipe. It was quite difficult to get the recipe for Gigi’s Favorite Chicken.

My mother always says, “Cooking is an art, baking is a science so you’re more precise with baking.” However, even when she’s making her famous Gigi’s Olive Oil Biscotti,  there are not exact scientific measurements.

And here are a few recent photos of Gigi. 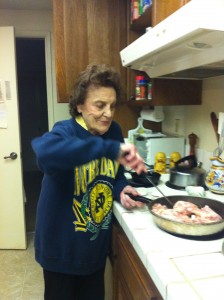 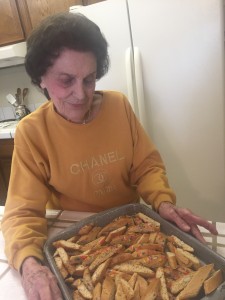 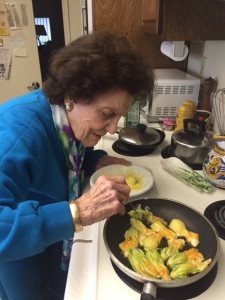 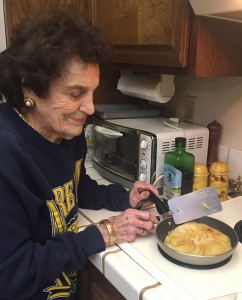