In April, I traveled to Italy to serve as a journalist for the World Pesto Championship  in Genoa. This event is held every two years. One hundred participants, who had won local pesto contests from around the world, assembled at the grandiose Palazzo Ducale. 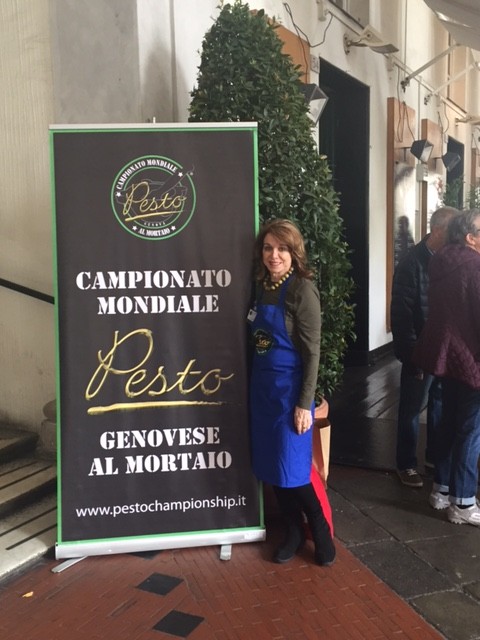 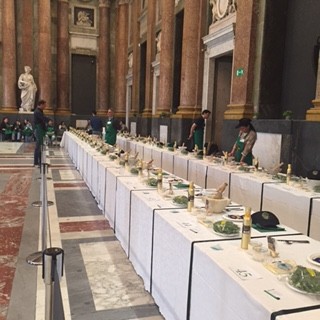 With secret family recipes and techniques, most contestants brought their own marble mortars and wooden pestles that had been handed down through generations. All contestants were given the same ingredients at their workstations, including fresh Genoese Basil, pine nuts, Parmesan and Pecorino cheeses, coarse salt, sweet garlic, and Taggiasca Extra Virgin Olive Oil from Liguria. 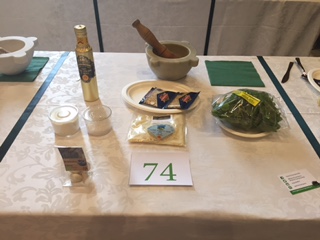 Prior to countdown and the word “via” or “go” to begin the fierce competition of swirling mortars and heavy aromas of garlic and basil, my attention turned to the Pesto Program and the dignitaries present. Marco Doria, the Mayor of Genoa, was interviewed for “Pesto Talk” radio and then he introduced Roberta Pinotti, Italy’s Minister of Defense who hails from Liguria. All were talking about the importance of pesto! 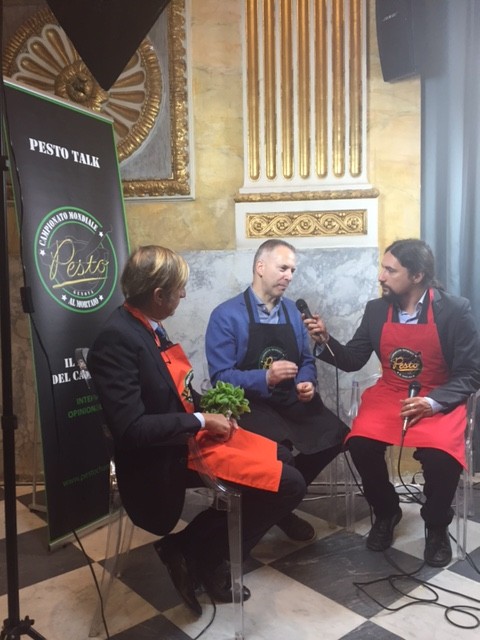 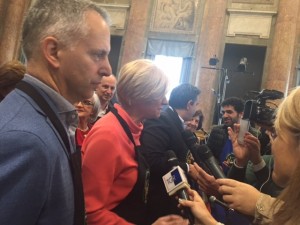 In an adjacent room, children ranging from ages 5-9 were holding a similar event complete with judges and a winner. 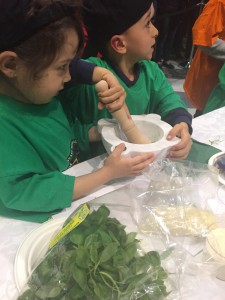 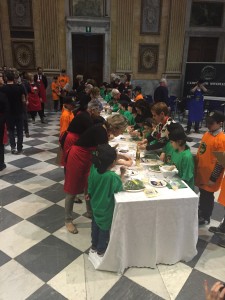 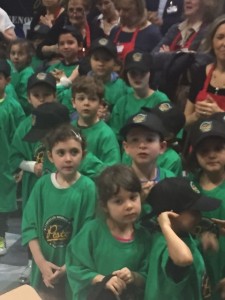 Back in the main room of the Palazzo, the competition was fierce as each contestant was judged on five criteria:

The judging process was as unbiased as possible with each judge tasting two sets of pesto from five contestants.  Ten finalists were selected and another round of pesto making commenced.  All finalists were very serious as the judges watched every move the contestants made.    The 2016 winner was Alessandra Fasce, an assistant cook from Genoa.  The prize a golden pestle and award.  She appeared shy and shocked that she won.  I took a photo with another one of the finalists, who vowed to win in two years. 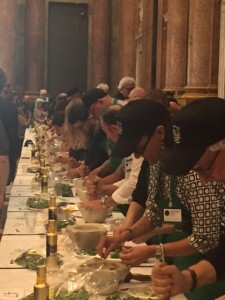 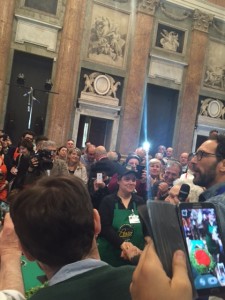 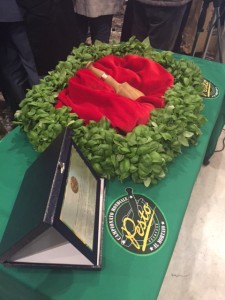 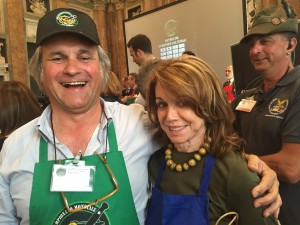